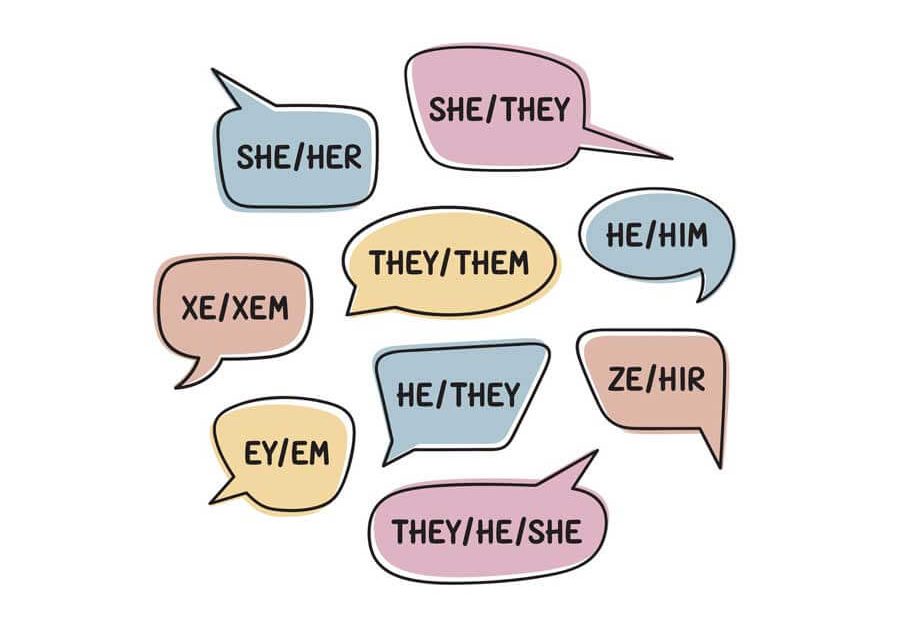 Christian Gilbert has dedicated his life to serving vulnerable populations by focusing on access to healthcare, quality improvement, business development, and health outcomes. He is currently the Senior Program Manager for Johns Hopkins Center for Transgender & Gender Expansive Health. Christian identifies as a trans man and uses he/him pronouns.

I recently learned about rolling pronouns when my friend Zo identified their pronouns as they/he. Zo had affirmed their gender as male years ago but always felt like their gender was a bit more fluid. Some days his gender expression leaned more feminine while other days more masculine. Singular pronouns such as he/him, she/her and they/them just didn’t capture his identity or his expression. He felt somewhat male when his expression was masculine but didn’t feel like any gender at all when their expression was feminine. He started identifying as nonbinary or gender nonconforming and realized their gender fluidity was best captured with rolling pronouns.

What Are Rolling Pronouns?

Rolling pronouns are when more than one set of pronouns are used interchangeably or change over time depending on the individual’s preference in a particular time and space. They can change from day to day or situation to situation. According to the 2020 Gender Census, roughly 33% of 24,576 respondents who identify as transgender or nonbinary prefer to use two sets of pronouns. Like Zo, using two sets of pronouns provides them with a space to live in the gender they’re feeling in that moment.

Why Do Pronouns Help with Gender Expression?

Pronouns are incredibly personal and often associated with someone’s gender identity and expression. As Zo mentioned, gender is fluid for a lot people and isn’t always aligned with their sex assigned at birth. Instead, gender is an internal sense of how someone personally identifies, and that isn’t always set in stone. It changes over time just like language. Pronouns have continuously evolved with the earliest singular “they” pronoun used in Geoffrey Chaucer’s The Canterbury Tales in 1476, Shakespeare’s Hamlet in 1599, and Jane Austen’s Pride and Prejudice in 1813. Although these examples weren’t necessarily pushing for inclusivity, they demonstrate that singular pronouns have been around for a long time. Rolling pronouns are just another way to be inclusive and to help evolve language once again.

How Do You Know Which Pronoun to Use?

I asked Zo how I would know when to use they or he. Their response was simple, mix it up! Either way, I’d capture his nonbinary identity and my effort wouldn’t go unnoticed. They reminded me that I should always ask for someone’s pronouns if I’m not sure, and welcome being redirected if I use the wrong pronoun in the moment. Using someone’s correct pronouns is important because it affirms their identity. Afterall, we all want to feel comfortable in our expression and acknowledged for who we are as a person — nonbinary and gender nonconforming included.

We have witnessed a shift in using pronouns socially, but there has also been a shift in professional settings too. Workplaces have started providing a safe space to communicate pronouns, including in email signatures, name badges and business cards. Some workplaces have even included employees offering their pronouns during introductions at meetings whether in person or via a virtual platform such as Zoom. This not only helps people across the gender spectrum feel safe and respected but it helps normalize their pronouns too. The Johns Hopkins Medicine Office of Diversity, Inclusion and Health Equity has recently provided Pronoun Usage 101 handouts to help make this shift in the workplace a bit easier. Putting in this effort makes people feel safe, respected and validated.

More from the Center for Transgender Health